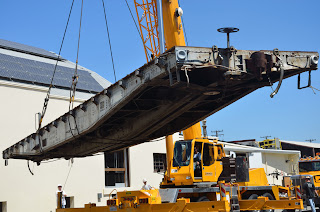 Look, up in the sky!  Nope, it isn't a bird or a plane -- it's a TRAIN!  This afternoon,  two 70-year old flat-bed freight cars flew over Santa Ana Street and landed on the special tracks set up outside Anaheim's landmark Packing House. 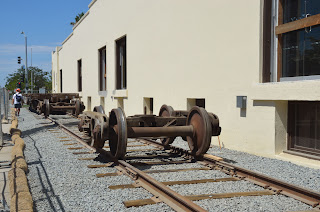 The wheels were rolled onto the track first... followed shortly by the two enormous iron platforms, each one weighing 55 thousand pounds.  It took some fancy kite-flying techniques to guide the heavy structures over to the exact right spot. 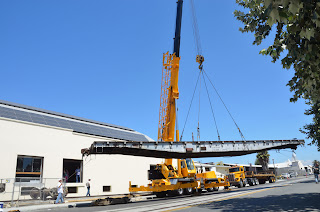 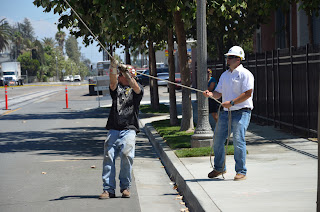 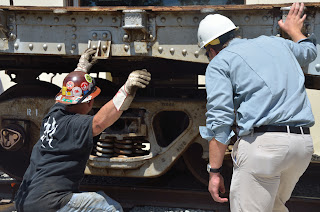 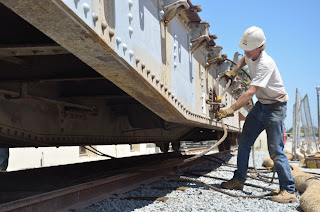 As the thick cables were removed, the two retired freight cars settled into their new home, where they will remain for a long, long time.

The cars are now a unique feature to the highly-anticipated Packing House District in Downtown Anaheim.  Opening to the public in 2013, the restored Packing House will become a grand artisan food hall, sporting a variety of restaurants, cafes and entertainment.   Built in 1919 at the edge of downtown Anaheim and along the Southern Pacific rail line, the huge building was once the hub of commerce for this area. Local farmers brought trucks of freshly picked citrus to be washed, crated, and loaded onto rail cars parked on the side of the building to be shipped nationwide.

The two 1940s train cars will serve as a provocative building-length dining porch, as well as helping to keep some of Anaheim's citrus history alive. 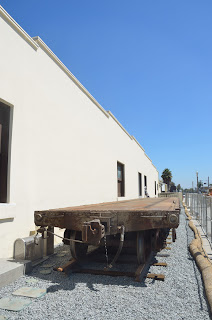 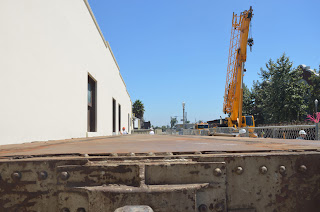 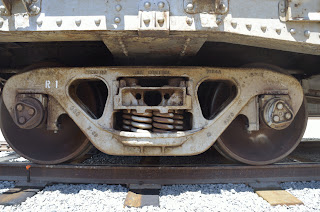 Posted by Kevin Kidney at 2:29 PM No comments: 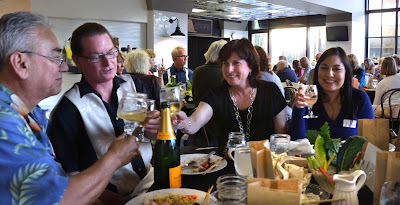 We raised a toast to our thirty-fifth year at the AHS Annual Banquet celebration on June 14.  Following a behind-the-scenes tour of the new Packing District, over one-hundred members gathered for an amazing dinner in the GOOD FOOD hall, provided by several of our downtown restaurants K&A Downtown Café, Healthy Junk, and The Gypsy Den. 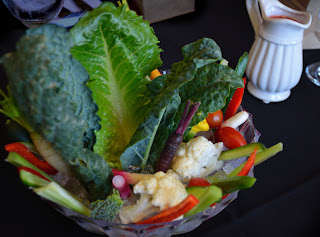 The food was superb and we thank each of these fantastic businesses for their generous support.

Diann Marsh, AHS co-founder and one of Anaheim’s most dedicated preservationists, was our guest speaker for the evening and received the Margaret Atkins Award.  Diann recounted her memories of living in Anaheim, how the AHS was formed, and the uphill battle to get our Downtown buildings placed onto the National Register without popular support at the time.  Anaheim resident Keith Olesen was honored with the Andy Anaheim Award, a brand new accolade for special individuals in the community who go out of their way to bring neighbors together, and who creatively inspire others to make Anaheim a better place to live.

Artist Jody Daily’s talents were auctioned off to several excited members who will receive their very own custom-designed framed poster.  Jody’s beautiful posters fetched an unexpected $4000 for the Woelke-Stoffel House restoration project, and for that we are enormously grateful.  Thank you, Jody!!  We’ll unveil Jody’s finished artwork in a future post.

Thanks to all who came and supported Anaheim history at our 2012 banquet.
It was an unforgettable night.

Posted by ANAHEIM HISTORICAL SOCIETY at 2:43 AM 2 comments: